June has been a busy month of swinging on by the the golf courses to support local organizations that have a positive impact in our communities and work force.

On Tuesday June 7th, Centurion Construction participated in an outing held at Iron Valley Golf Club in Lebanon PA on June 7th, for ABC Keystone Chapter. The event helps raise money for ABC’s apprenticeship program as well as ABC’s PAC program. Centurion was a hole sponsor and attending was Scott D’Orazio, Troy Clark, me and Todd Radel from Pennsy Supply (not pictured). 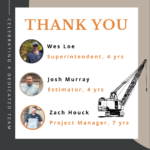 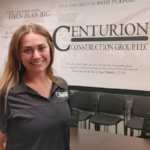